Craps is perhaps the most popular dice game worldwide because it’s simple, fun to play and has better odds compared to other table games. Stick around and we will show you below everything you need to know about casino craps from history to how to play, how to bet, how to win and even where to play it!

7 results
Filter by:
Sort by: 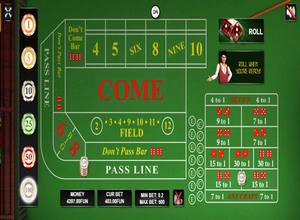 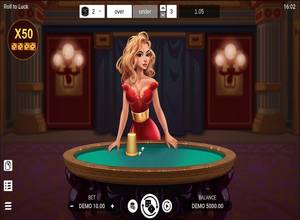 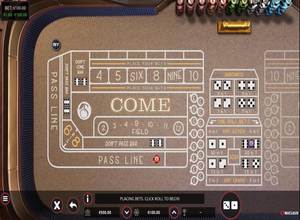 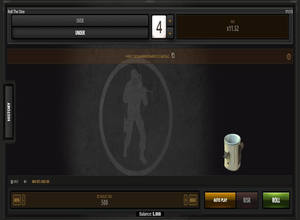 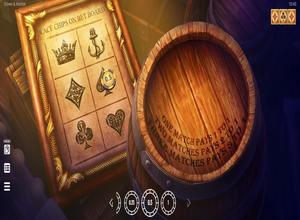 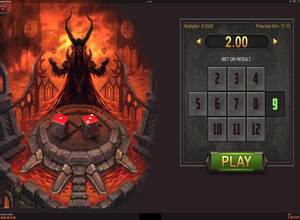 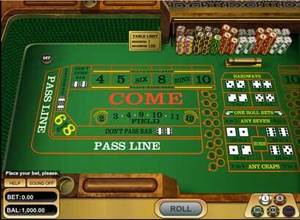 The Craps casino game first appeared in 1788 as a variation of a popular dice game called Hazard. As Hazard was a European game, we can say that craps is the much more simplified United States version. The origins of Hazard are quite obscure and many believe that the game dates back to the time of the Crusades.

Hazard first entered New Orleans around 1805 through a young gambler called Bernard Xavier Phillipe de Marigny and for a while, both Hazard and its new version were severely rejected by high-class society and were only played by fieldhands and the local underclass.

Quickly, the craps casino game spread throughout the whole United States of America. For almost a century after its invention, casino craps was heavily abused by local establishments using biased dice. To solve the problem, a dice maker called John H. Winn, came up with the modern layout in 1907. The layout includes the Pass and Don’t Pass bets and it’s still used to this day.

Casino craps rose in popularity during World War ll. Because the access to other casino games was restricted, young military men needed a simple game that can be played any time, anywhere. Craps was simply perfect for this and was often played on a blanket.

How to Play Craps at Online Casinos

The most common variation you can find at online casinos is the virtual craps which uses the standard craps rules and wagers. The only difference is that instead of a player (the shooter) throwing the dice, an algorithm will do it.

The randomness of the dice is replicated by an RNG (random number generator) and all online casino craps games from various software providers are periodically tested for fairness by independent auditing companies.

There are even some virtual live craps rooms where you can play versus real players, however, these are quite rare at online casinos compared to other casino games like Poker.

Learning how to play a craps casino game is quite easy, even for beginners and here are the steps of the process:

How to Bet on Craps at Online Casinos

Just like its predecessor, Casino Craps is a very easy game. There are up to a dozen different bets available according to the craps variation offered by the casino however, most of the time, the standard rules and bets are used. The layout of the craps casino game table has a couple of areas for different betting options like:

There are some more betting options called “one roll bets” that the player can place on any single roll:

How to Beat Craps in the Casino

One of the main reasons why Casino Craps is such a popular table game is that the house edge is quite small, around 1,41%. With such a tiny edge to bet, online craps is situated even above poker and roulette. Surely, that doesn’t guarantee a win, it only means that players have slightly more chances of scoring some cash.

Beginners tend to stick with the Pass, Don’t Pass, Come and Don’t Come bets because these ones have the best craps odds, between 1,30 and 1,50. More advanced players and veterans will dabble with all the other bets and over the years, countless strategies appeared.

Before we go through every casino craps strategy, it’s important to mention that there is no guaranteed way to win at craps. Even if we are talking about live casino craps or online video craps games, it all comes down to a matter of luck. These casino craps strategies are used to improve your chances and win more in the long run.

Among the “low risk” or “safe” casino craps strategies there is the Pass Line Craps Strategy. It’s one of the simplest and utilized by all players, beginners and veterans alike. Since the house edge is low at 1.41% and the winning pass line bets will result in even money (1:1), players can start by placing a bet on the pass line on the come-out roll.

The second strategy is closely connected to the first, however, it will not score points for popularity. The player must bet against the shooter or the house with a Don’t Pass/ Don’t Come Craps Bet. If the shooter rolls 2 or 3, the player wins. This particular casino craps strategy has slightly lower chances since the house edge is around 1,46%.

Craps odds strategy is among the mathematical strategies used at craps by veterans. Bettors using this strategy wager that the shooter will roll a 7 before a 4, 5, 6, 8, 9 or 10. This bet can only be made after the Point has been reached. It’s a strategy with fair odds, however, it pays less than the others since the odds against 4 or 10 are 1:2, against 5 or 8 are 5:6 and 2:3 against 5 or 9.

Field Bets are considered the most balanced ones but also the most controversial. While some players claim they work, there is an equal number of players against them. The area on the table is called the Field hence the name of the bets and contains the numbers 2, 3, 4, 9, 10, 11, 12. This can only be a one-roll bet and you will lose the wager if the chosen number does not show.

The last strategy we are going to mention is the Iron cross or sometimes called “the dinner bet”. It’s a chaotic strategy and the idea behind it is to cover as many numbers as possible and look for a win after the first roll. Once you get it, take the profit and “move on”. To “move on” you need to score a win that can “buy you dinner”, hence the name of the strategy.

This is one of the oldest strategies used, since the times when players were on a tighter budget and couldn’t afford to gamble a lot. In terms of strategy, Iron Cross bettors will bet on every number except 7, starting off with a field bet which covers 2, 3, 4, 9, 10, 11 and 12 and other bets on 5, 6 and 8.

It doesn’t really matter what strategy you are going to use. Over the course of time, all of them offered good results, otherwise, they wouldn’t be used or mentioned today. It’s very important to take a good look at the odds table before playing any game of craps, especially if you are a beginner or a player on a tighter budget.

Where Can you Play Free Craps?

Even if casino online craps is an easy game to learn, it’s always a good idea to test it for free before rushing in to play real money casino craps. Here is where the problem appears.

There are so few online casinos that let the players test a game for free and that’s usually available for slots or for very short periods of time so players are often left asking themselves where can they play craps free online with no download.

Luckily, here on CasinosLists.com, we have a selection of variants of free craps online which you can play in Demo mode for as long as you like. Give them a go and test different strategies before deciding whether a casino craps online game is right for you or not.

You don’t have to download or install anything and the best part is that these free online craps games run on both desktop systems and mobile platforms. You can take the fun with you and play any time, anywhere you want, as long as you have a stable internet connection available.

Where Can you Play Real Money Online Craps?

After you’ve tested free casino games craps, you can move forward and register an account with one of the casinos on our list where you can play real money casino craps. All these casinos are deemed safe and trustworthy by other real gamblers.

It’s very important to only play at trustworthy casinos to ensure a safe and entertaining gambling experience. These gambling websites are licensed and regulated and only provide games from reputable software providers.

Also, don’t forget that there are plenty of bonuses available at most online casinos like a signup bonus or a no deposit bonus which can greatly help you start on the right foot.

Why is Craps so popular?
Casino craps is one of the most popular table games because it’s very easy to play and understand and even beginners can land some nice wins without having much knowledge of the game.
How do you win at casino craps?
While there is no certain way to guarantee a win, you can improve your chances by learning the rules of the game, sticking to a casino craps strategy and always checking the best odds for the casino craps game you want to play.
Can you play casino craps online?
Yes, like all other games, casino craps made it in the online environment and it’s available in multiple versions. You can play online video craps and even live craps with other real players from a desktop system or a mobile device.
Is it safe to play casino craps online?
Yes, even if craps games had a bad reputation before WWII when land-based establishments exploited its weakness, nowadays, licensed online casinos only partner up with reputable software providers and offer players safe and unbiased craps games.
What are the best casino craps bets?
Usually, beginners tend to stick with the Pass, Don’t Pass, Come and Don’t Come bets because these ones offer the best casino craps odds.