The free bonus is not valid for the following countries: Russia & Ukraine.

How would you rate the casino?

Earlier this month (mid-Oct 2020), I won playing a deposit+bonus and submitted for withdrawal. I contacted Live Chat, found out everything I had to submit and did so. I ended up withdrawing the withdrawal request in parts, and played the winnings out. Yesterday, I had won again, and contacted Live Chat to ensure everything was in order. I was informed that my winning were void, due to my placing a bet over the maximum amount. I made small bets according to what was possible and never placed a max bet. I informed the casino Live Chat host of this. First the casino host told me that I had placed a 3.0 mBTC bet and that was over the allowed amount. I stated that I never played that amount while I was playing the bonus and deposit, and only played the higher amount with the remaining funds after the maximum requested withdrawal of 260 mBTC. I stated the highest amount I played for was 1.96 on 7 Chakras, and was told that the max bet allowed is 1.0. The lowest bet possible for 7 Chakras is 0.49. The casino Live Help agent then pasted part of their very long Terms and Conditions, section 9.5. "9.5. The maximum bet amount allowed is 1 mBTC/33 mBCH/147 mLTC. Exceeding this bet amount could result in winnings being forfeited. This includes double up wagers after the game round has been completed, for example, wagering winnings from X game round on red/black. Players are limited to bets that do not exceed 0.86 mBTC/29 mBCH/126 mLTC per round and 0.054 mBTC/1.82 mBCH/7.93 mLTC per line when playing with an active bonus. Any bets that exceed these limits will cause all winnings to be void." Note that according to this section, buried in a long Terms and Conditions, the maximum bet is NOT 1.0 mBTC as stated to me by the casion host, but actually 0.86 mBTC. When I won earlier this month, I was encouraged to play out the remainder of what I had won (minus withdrawal) to compete for the Leaderboard. I was never informed that there was a maximum bet of 1.0 as told by Live Chat for this second withdrawal, but actually the highest bet can not be over 0.86 mBTC; which they will use to deny payment to anyone betting 1.0 mBTC. I explained this to Live Chat and was repeatedly told I violated the maximum bet amount, even though the amount I bet was very small according to the amount I could possibly bet for the games. I have found nowhere else in the casino where the maximum bet for 'active bonus' is mentioned. And the 1.0 mBTC maximum bet that Live Chat informed me of is not valid, because a lower bet maximum of 0.86 mBTC is listed later in the same section 9.5 of their Terms and Conditions. Summarizing: I won earlier this month, and made a withdrawal but reversed it. I won again, playing the same way and my withdrawal was declared void due to violating the maximum bet amount 1.0 mBTC. when asked where the maximum amount allowed to be bet is posted, I was provided with a small section 9.5, that I had to find in the Terms and Conditions. The section has an even smaller maximum bet amount for anyone playing with a bonus, 0.86 mBTC, to be used to deny payments to players following the 1.0 mBTC rule. I had informed chat that I had won earlier in the month and no problem was found, else I would have bet differently this time, but it didn't matter. I let Live Chat know I would go to the casino boards and post that it does not pay depositors

WORTHLESS PLACE, USE DECEPTIVE mBTC DEPOSIT 50 IN BTC AND GET 7.07, DID A BONUS ON 1ST DEPOSIT AND WAS SUPPOSED TO GET FREE SPINS AFTER AND WAS DENIED FREE SPINS. STAY AWAY MANY BETTER OPTIONS OUT THERE THAN THIS ONE.

not working at all

I have been playing at this casino and still have money on my account but now I'm denied access. No email, no warning whatsoever, now i just get 403 error when i try to go there. I have done nothing wrong. wasn't trying to withdraw or anything. they just stole my money 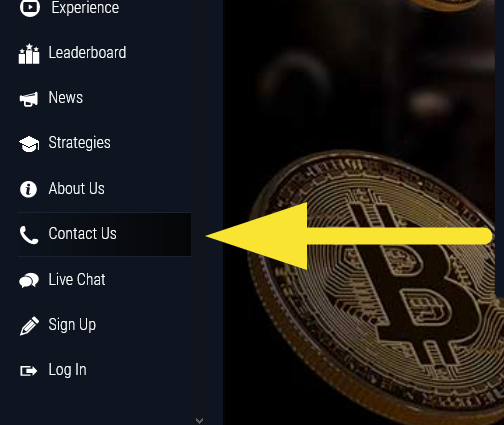 What is the withdrawal limit at Crypto Thrills Casino?

At the moment, players are only able to withdraw a maximum of μB200 per week, with the minimum withdrawal being μB20.